Market volatility and rates drive fundraising down in Canada

According to reports, YouTuber and social media influencer Karthik Gopinath was arrested by Tamil Nadu police on Monday morning. Karthik is a very popular Tamil YouTuber who runs the Ilaya Bharatham channel. He identifies as a nationalist and is well known for his videos criticizing the DMK government in Tamil Nadu.

Tamil Nadu | Avadi Police arrest YouTuber Karthik Gopinath over complaint he impersonated and fundraised on behalf of a temple under HR&CE oversight. He had raised over Rs 50 lakhs.

However, there has been some debate about raising funds for a temple under the control of HR&CE management by the YouTuber. Karthik was arrested on the morning of May 30 after a complaint was filed with the police.

He had spoken to his father some time ago and assured him @BJP4TamilNadu will stand behind this nationalist and our legal team will support him.

Annamalai wrote: “…the arrest of Shri. @karthikgnath on completely made up charges is condemnable and shows the level to which this government will go to silence an uncomfortable voice.

This is not the first time that Tamil Nadu police have targeted people who criticize the ruling DMK. Another YouTuber Maridhas has already been arrested by Tamil Nadu cops for making a video regarding Tablighi Jamaat. Maridhas was arrested after a YouTube video he posted linked Tablighi Jamaat members to the spread of coronavirus. An FIR was also filed against him in June 2020 after he called late DMK supremo M Karunanidhi in a video the ‘father of corruption’. 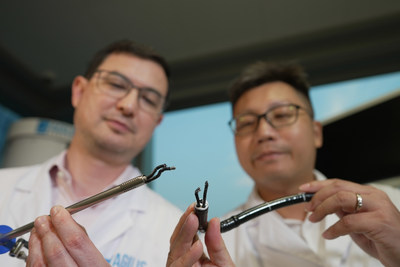